Posts from the ‘Herman Miller’ Category 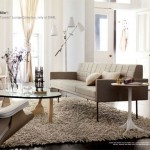 Place Makes the Grade at Design Within Reach 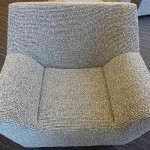 While the versatile Swoop™ series from Herman Miller was designed to be at home in pretty much any environment where lounging is required, here you see it looking particularly inviting in Killarney / Mockingbird from Place. This yummy textured wool celebrates the Swoop™ curvy profile and begs you to snuggle down with a good book. […] 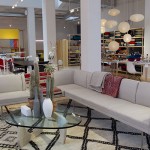 Place Pops Up at the Herman Miller Pop-Up Shop Geiger Tuxedo Sofa in Arranmore | Dune Eames Soft Pad Sofa in Marmara | Seamist Detail In conjunction with ICFF, Herman Miller has opened a chic pop-up shop in New York City’s Soho. The pop-up will be open for two months and features a carefully curated […] 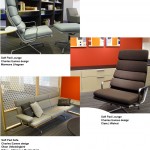 PLACE AND HERMAN MILLER GET COMFORTABLE!

NEOCON 2011 Herman Miller Soft Pad Says YES to Place! These icons of American furniture design never looked as inviting as they do upholstered in Place Textiles. Originally conceived in black leather, the Soft Pad Series is unparalleled for its elegant silhouette and perfect proportions. Designed by the legendary Charles Eames, these beautiful chairs are […] 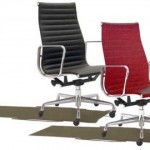 Who says these elegant Herman Miller pieces must always be dressed in black leather?  The new Herman Miller | Place Textiles Alliance makes it possible to snazz these classics up with a wide array of Place colors and textures.   As of Monday, December 6, the Textile Alliance Program (TAP) became official.   Sixteen Place patterns and […] 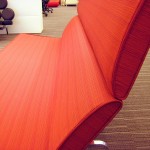 Place Makes the Herman Miller Grade! Place has just been approved for a very exciting Textiles Alliance Program (TAP) with Herman Miller!  Starting this fall, specific Place fabrics have been pre-approved for use on designated Herman Miller pieces.  A stunning example is the iconoclastic Eames compact sofa which was adorned in Veneto Stripe / Vermont […]