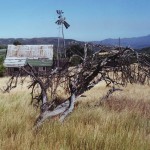 Fall is progressing – and with it comes the amazing shift in color from vibrant green to ripe gold.The landscape along Highway G16 from Carmel, California down through the Sierra de Salinas region, captures one of the most beautiful aspects of the season.  Place prides itself in offering a wide range of fabulous colors and […] 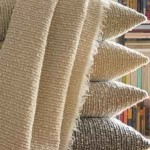 Designers around the country are discovering that among other things, Killarney makes striking pillows. The luxurious boucle yarns, in two different weights, create a surface texture that glows when it catches the light. Killarney is soft and inviting to the touch and delightfully comfortable to lounge with. Available in 5 colors that reflect the most […]

from → Bantry Bay Collection, From the Collection 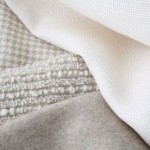 Bantry Bay Collection is a Winner!

The Bantry Bay Collection, launched fall 2008, is receiving a terrific reception across the country. The five stunning patterns and 24 beautifully textured colors have strong appeal to designers who especially appreciate high quality fabrics and natural fibers. Inspired by the exceptional textiles that flourished along the west coast of Ireland during the last century, […] 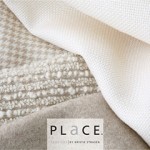 Place Textiles is pleased to announce the introduction of The Bantry Bay Collection. Inspired by the exceptional textiles produced along the west coast of Ireland in the last century, the fabrics of Bantry Bay reflect a cherished tradition that is all but gone. Appealing yarns of primarily wool and linen are combined in the natural […]

from → Bantry Bay Collection, From the Collection